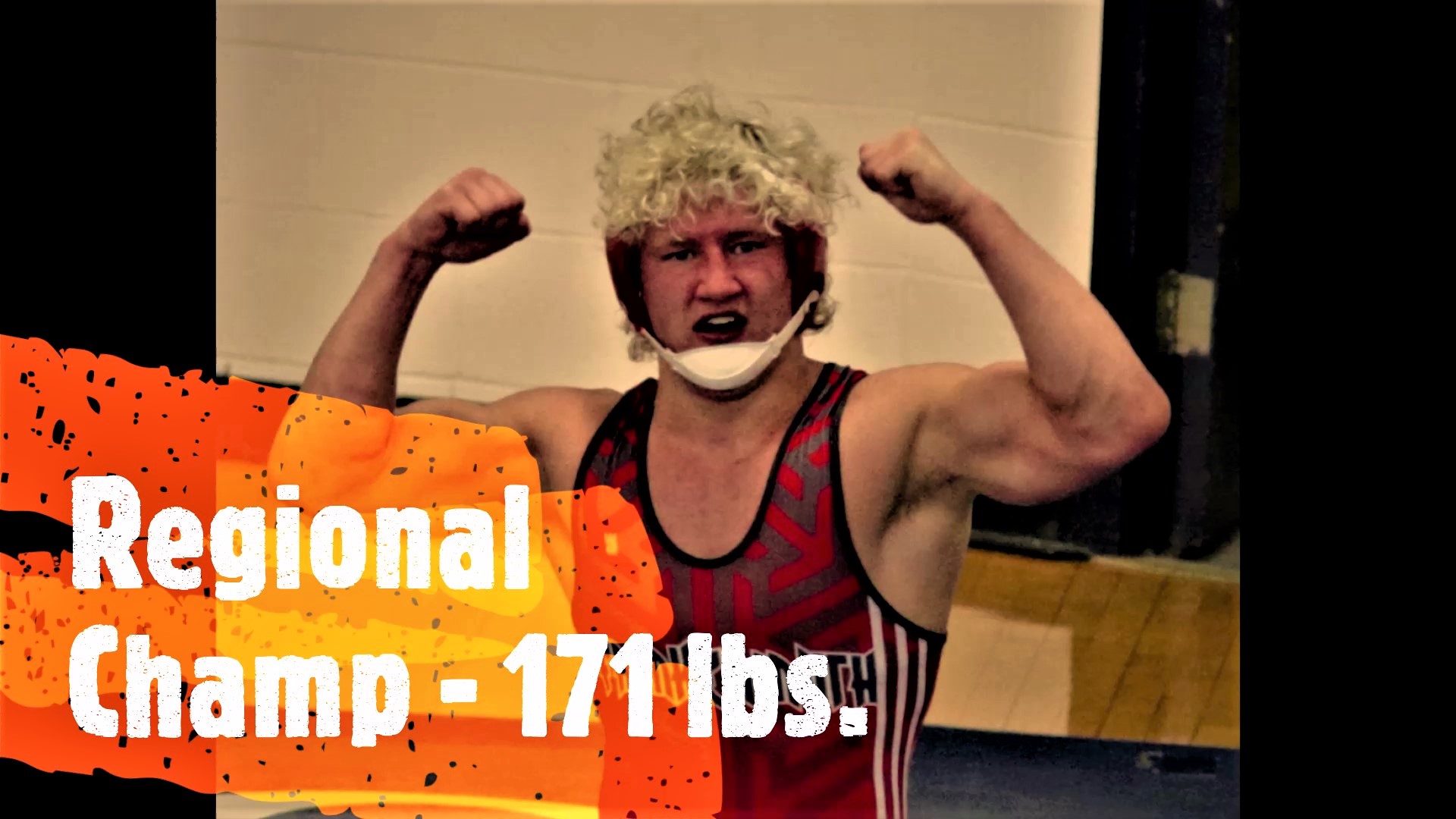 Konner Roche improves to 20-0 on the year after winning a Regional Championship on Saturday.

Konner received a bye in the first round to advance to the Regional semi finals.

Konner then met up with David Watson from Yale again, who he defeated at Districts the week before. Konner wrestled a smart match and held on to the 6-5 victory to advance to the Regional Finals.

In the Finals, Konner had to face yet another wrestler he pinned in a prior match with Kevin McKiernan of Richmond. Roche saw McKiernan in the Regional Finals for 3rd and 4th place at 145lbs, just the year before. Now they were wrestling for a Regional Championship at 171lbs.

This time around it was a much closer bout, but Konner wrestled safely to pull out the big 1-0 victory and Regional Championship over Kevin McKiernan of Richmond.

With that victory, Konner Roche qualified to the 16-wrestler State Tournament as a top 4 seed. Next Friday, Konner will face off against Bryson Hughes of Reed City in his first match at the State Tournament. Bryson is a Sophomore with a 27-3 record entering the State Championships.