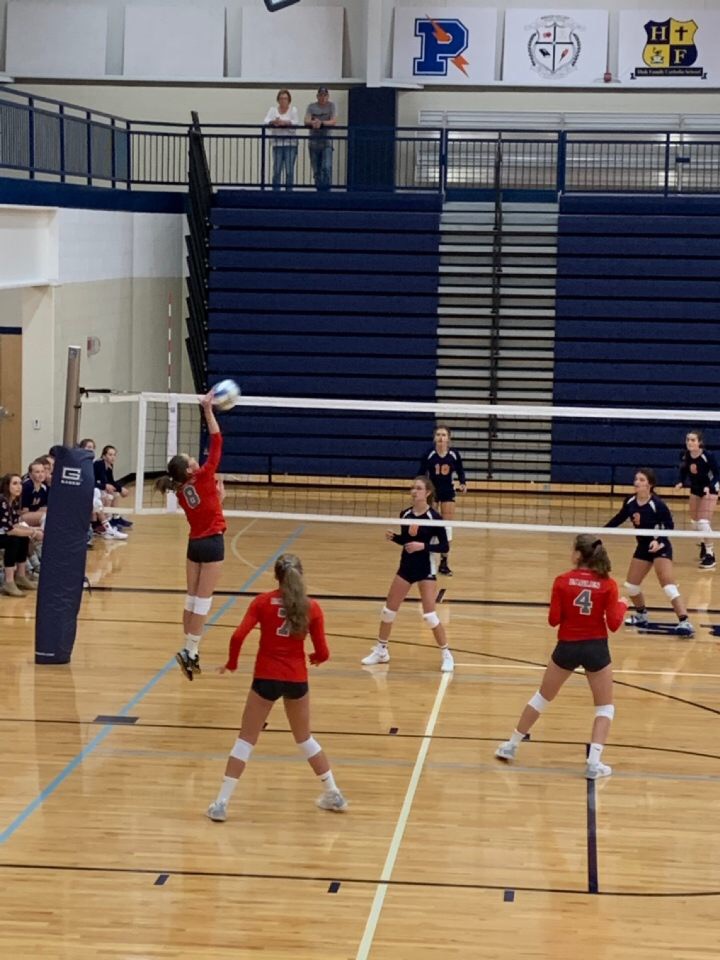 On Thursday, September 5 the freshman volleyball team took on Flint Powers in their first game of the season. The first set started a couple points under, but it didn’t take long before the Eagles shifted gear and had the lead. The girls never lost steam and took the first set 25-13. Without missing a beat, Frankenmuth shifted gears again making the second set a quick 25-6 which solidified the overall win.

The next freshman tournament is in Pinconning on Saturday, September 7th, followed by their first home game on Wednesday, September 11 against Ovid Elsie.