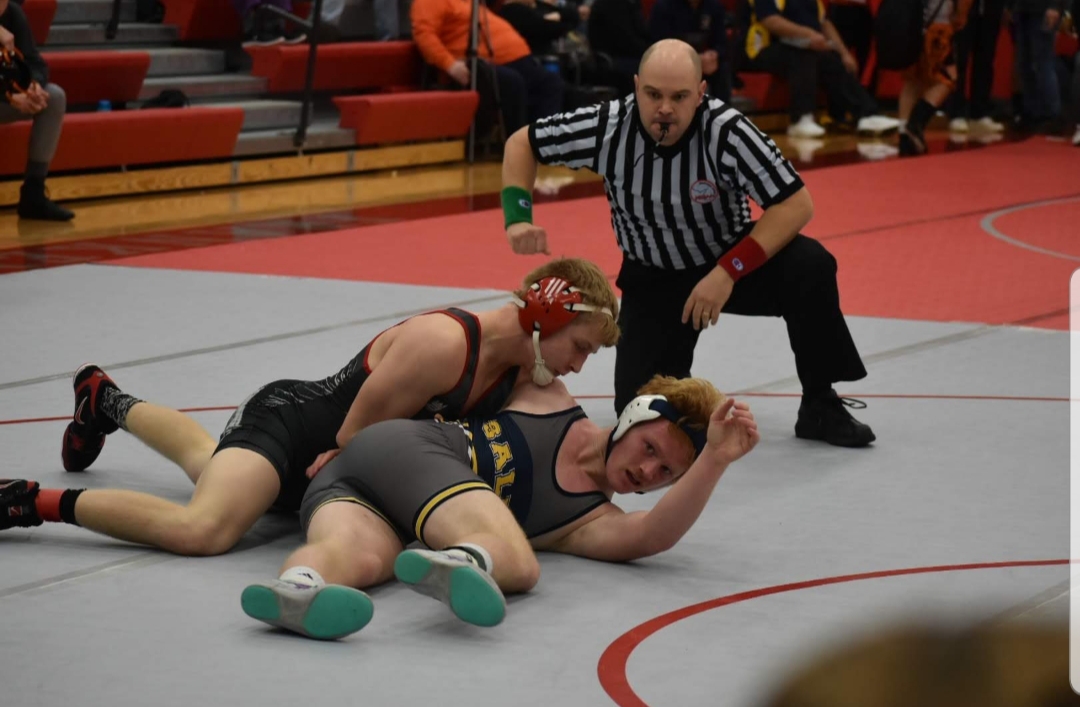 Frankenmuth Wrestling had a great showing at their first annual ‘Battle in Bavaria’ tournament. The team had some tough fought matches early on. Tyler Johnson and Lleyton Deiner logged the first wins of their careers by pinning their first opponents of the night in under 2 minutes.
Frankenmuth had two wrestlers finish in the top 4. Konner Roche placed 3rd at 152lbs. and pinned in the finals. Chris Mills defeated two state qualifiers in route to the ‘Battle in Bavaria’ championship and also pinned his opponent in the finals at 171lbs.