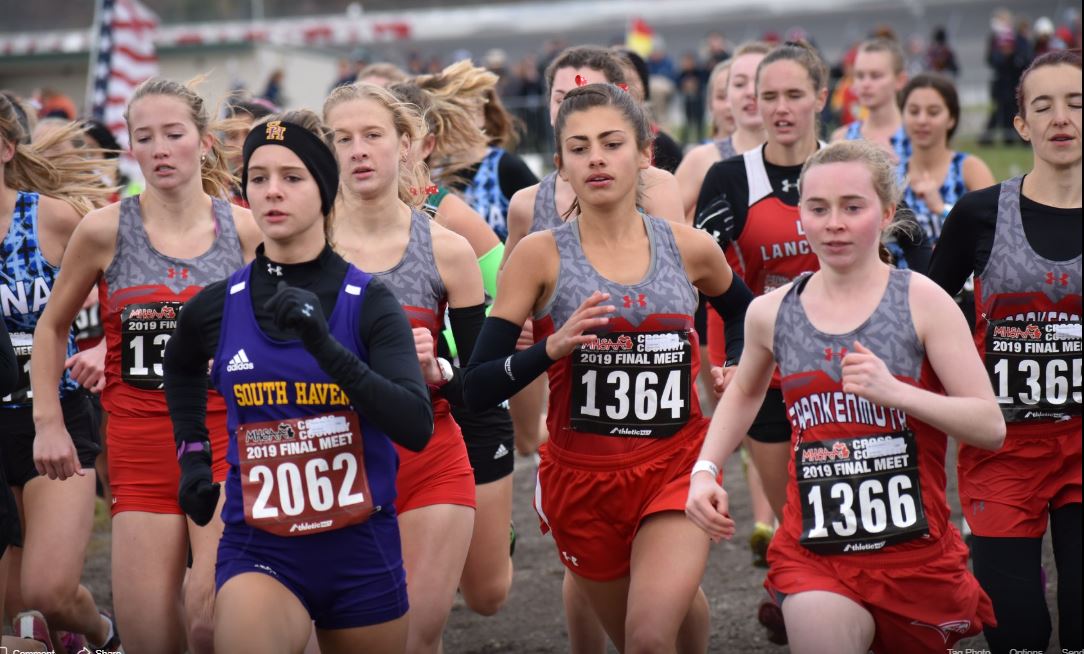 The Frankenmuth girls cross country team ended the regular season ranked 6th in Division 2 going into the State Finals. All seven varsity girls ran tough in the cold, windy, sleet, snowy conditions at Michigan International Speedway and finished 6th overall. This is the second highest finish the girls team has ever achieved as they were 5th in 1991. Coach Fitch and I think a 6th place finish in Division 2 is outstanding. Just two years ago, cross country and track and field moved from being one of the largest Division 3 schools to being one of the smallest in Division 2. Competing with teams almost twice the size of our school is quite the challenge, but they performed very well and earned their ranking. Junior Gabbie Michael ran a very good race and placed 20th overall earning her All-State honors with her 18:56 clocking.

Wesley Beck and Collin Fall earned their appearance in the finals placing in the top 15 at last weeks Regionals. They ran tough races in the boys finals finishing close to the middle of the pack.

Both the boys and the girls teams had very good seasons.