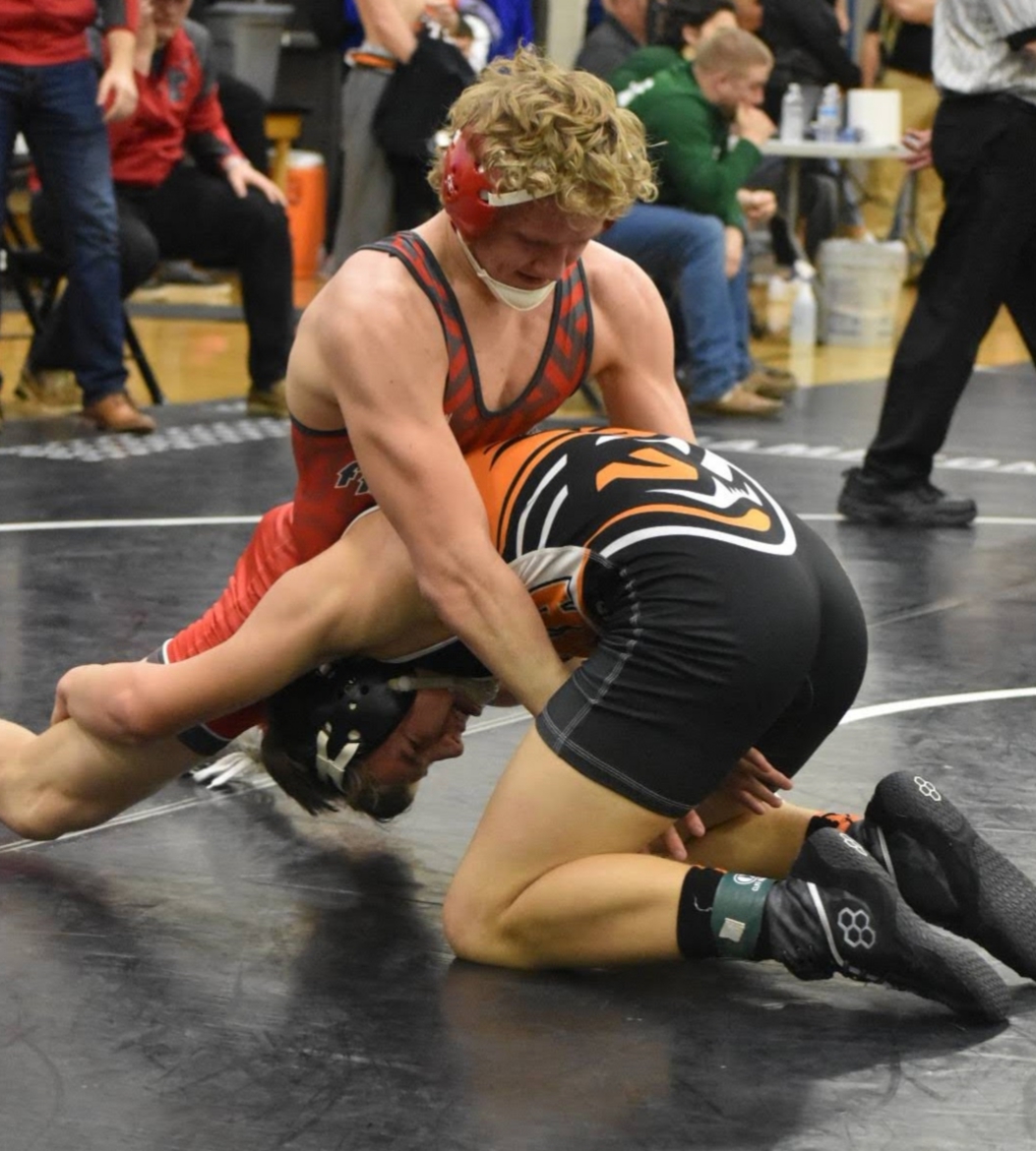 Frankenmuth Wrestling hit the mat Wednesday night against the #3 Ranked Alma and Standish Sterling. They lost a tough dual against Alma to start. Chris Mills defeated his state ranked opponent 12-5 from Alma in a rematch from Saturday’s New Lothrop tournament. Mills won in both matches. Konner Roche also had a rematch from Saturday’s tournament against a ranked wrestler he lost to 3-2. This time it was a different story as Roche controlled the whole match and was able to get some revenge with a 3-1 victory.

Standish Sterling was no match for Frankenmuth’s nearly full line-up. The Eagles soundly defeated the Panthers with a 54-30 victory. Taking home wins for the Eagles were Joshua Juillett at 103, Noah Elias at 112, Nate Morris at 119, Lance Keinath at 125, Lucas Miller at 135, Konner Roche at 145, Chris Mills at 171, Tyler McKinstry at 189, and Zach Adkins at 285. “This was a great, early-season win for this young team, especially after having not won a dual meet all last year. This is only the first of many victories to come and these guys are not afraid to put the work in. We are excited to see where the rest of the season takes us.”