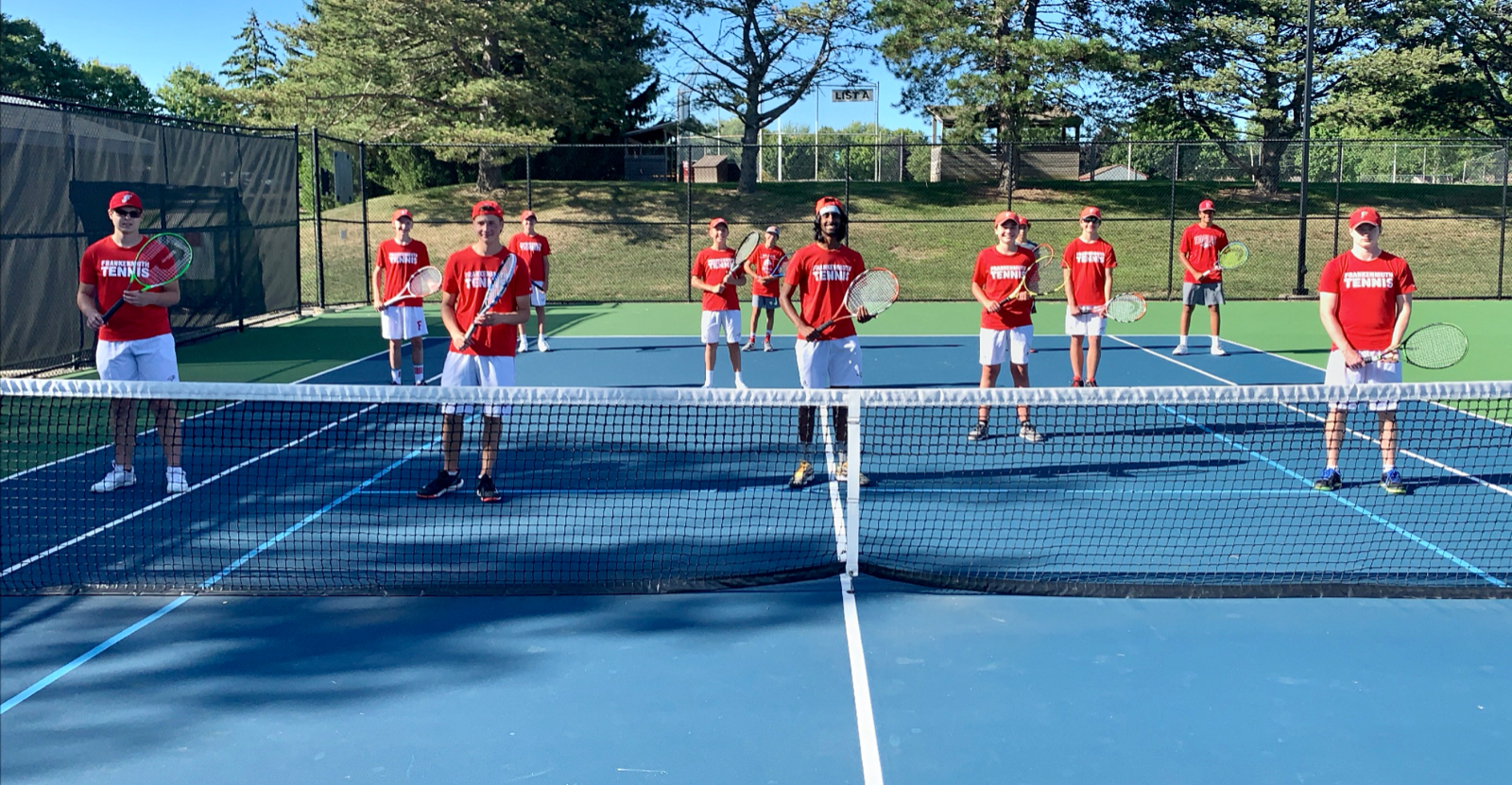 The Frankenmuth boy’s tennis team defeated Caro High School (8-0) this afternoon in their first match of the season. The strength of the team exhibited in today’s match is sure to be a sign of another successful year for Frankenmuth’s tennis program.

Frankenmuth continued to find success moving into singles, with senior, co-captain Arjun Manyam striking first at the No. 1 singles position with a 6-0, 6-1 decision. Arjun was a beast his entire match and showed off all the hard work he has put into his game. At the No. 2 singles spot, senior Cade Knoll dominated 6-1, 6-0. Cade’s consistency and on-court adjustments were critical to the teams success. Senior, Blake Carnahan continued the momentum at the No. 3 singles position, crushing both sets for a 6-0, 6-0 win. Blake maintained great focus and never wavered in his confidence. In his singles debut this season, Samuel Haubenstricker clinched the No. 4 singles spot for Frankenmuth with a straight sets 6-0, 6-0 victory.

“It was a solid start to the season. There is a lot of work ahead but I was proud that our team stepped onto the courts ready to compete right from the first ball. The fight the boys have in their game is truly inspirational. The whole team deserves an award for their performance today. It will be fun to watch them grow as the season progresses,” said Head Coach for Frankenmuth Boy’s Tennis, Tyler Zatkoff.

Regarding the atmosphere of the Frankenmuth Tennis Courts, Coach Z commented, “Thanks to all our fans and families for coming out and supporting Muth. The atmosphere was so refreshing and it was a pleasure for the team to finally compete and showcase their love of tennis this afternoon.”

Up Next
Frankenmuth will be away against Sandusky High School on Thursday, August 20th at 10:00 a.m, respectively