The Varsity, Junior Varsity and Freshman volleyball players and coaches, along with their families and friends, assembled together on Sunday, November 3rd at Frankenmuth High School to honor the 2019 players for their team and individual accomplishments. Around 140 attended the event with players and guest enjoying a catered meal with dessert in the cafeteria which was transformed into a beautifully decorated banquet hall. Special guests were honored and recognized, as well as, individuals for their help and support during the season.

Varsity Coach Shelly Conrad shared reflections on the season and spoke about each varsity player individually and each were presented with a varsity letter. She, along with assistant Olivia Shelton, presented five players with individual awards. C0-Most Valuable Players and Co-Offensive Players of the Year Awards went to senior co-captains, Jordyn Conrad (setter) and Brooklin Karwat (outside hitter). The Defensive Player of the Year Award was presented to senior libero, Chelsea Merkiel. Sophomore Emma Kerkau received the Rising Star Award and junior Aubrie Jacob the Team Spirit Award. The Varsity finished their season 25-12-5 overall and they concluded their season in the district finals against Birch Run. Their season highlight was winning the Laker Volleyball Tournament.

It was a memorable event honoring very special young ladies who dedicated themselves to the pursuit of becoming better volleyball players and teammates during the 2019 season. Congratulations ladies! 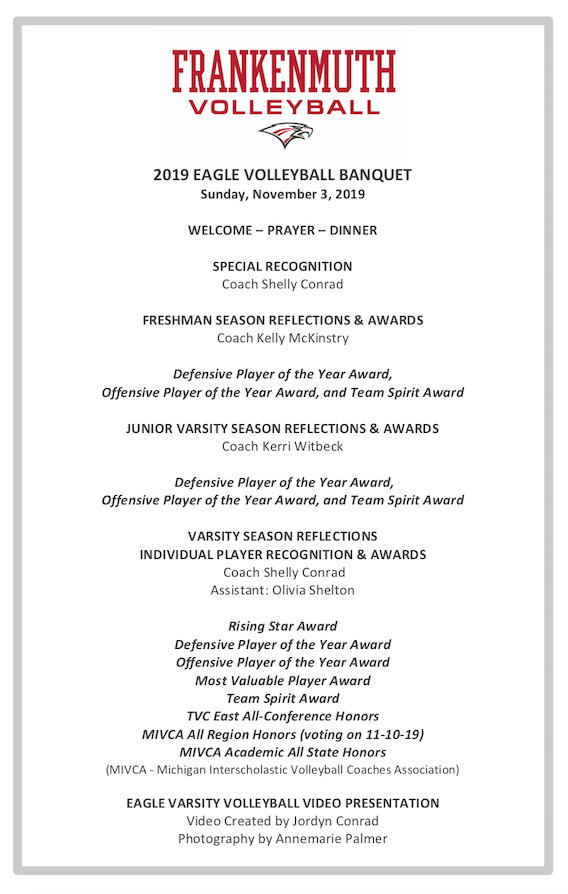 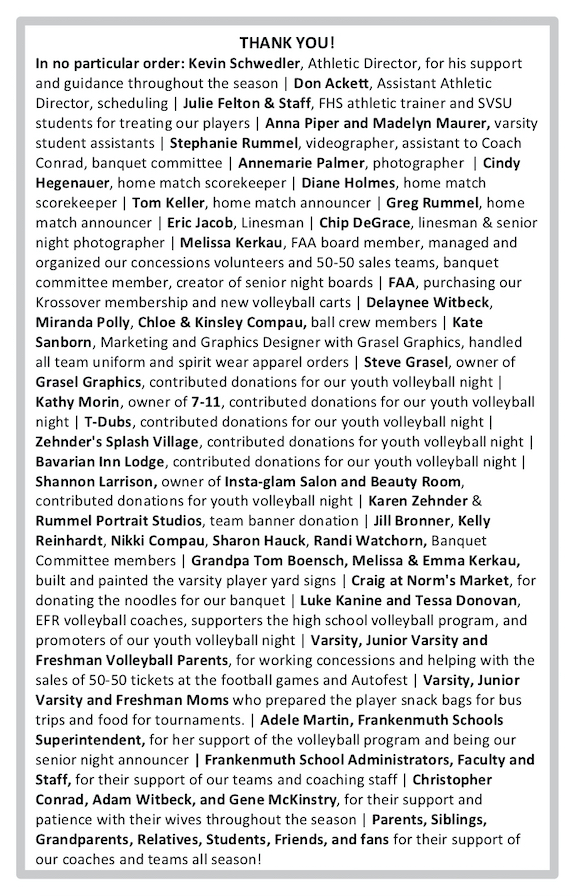