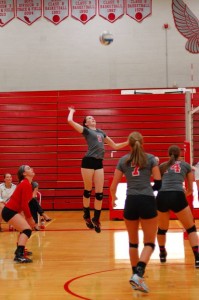 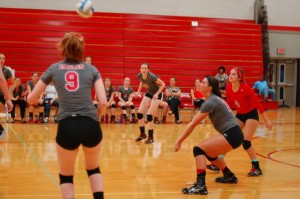 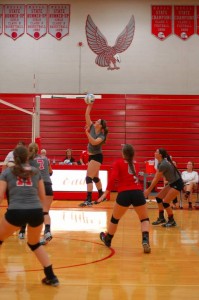 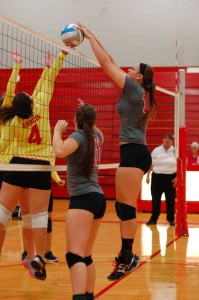 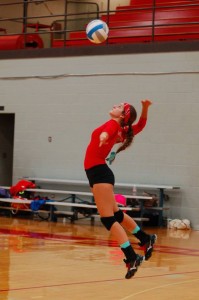 Frankenmuth Eagles volleyball matched up with the Bridgeport Bearcats on Wednesday, September 23. The Eagles defeated the Bearcats in three straight sets 3-0, 25-12, 25-8, 25-8. Leading for the Eagles was Lindsey Mertz with 26 assists, 2 kills, 2 aces and Raquel Roy with 7 serving aces, and 1 kill. Brayene Benner and Keri Frahm attacked the net strong with 7 and 6 kills respectively. Hannah Karwat found 7 digs while Abby Struble had 3. Madison Wiskur had a great game also with 6 serving aces and 2 digs.

The Eagles were continuing to work on improving their game and mixing up their offense. They were able to utilize all of their players to play key roles in the match and continue to be led by their captains and seniors. It was great to be able to have all three levels at home, playing the same night and to be able to support each other as we continue to grow as a program.

The Eagles are off this weekend but kick off Frankenmuth’s homecoming week by traveling to Lapeer on Sept. 29th to face Lapeer and Goodrich followed by the third conference match-up, this time against Lakeville. They round out homecoming week with a home tournament on October 3rd.